Everyone of us as Software Engineers would have experienced memory leaks, OOM errors in our Java/JVM applications? In order to dissect such issues it is extremely important to understand the whats' and hows' of JVM memory and its management.

This automatic management of memory within JVM is performed by a system called Garbage Collector.

JVM has what is called as heap - lets consider this as one rectangle for the sake of understanding. And objects instantiated within application are allocated chunks of contiguous space. As more objects get instantiated, more allocations happen in the heap. And eventually it will become full.  There are also some object that are external to the heap and are in use by the execution state of the java application e.g. space allocated to static variables, Java threads, JNI references and other JVM internal structures. These set of references is called as Root Set. 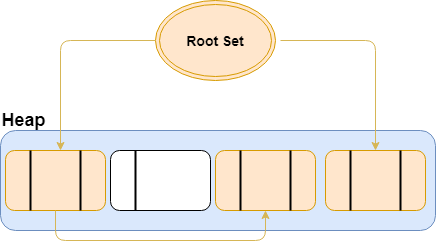 And then the alive objects can be moved towards one side of the heap leaving contiguous free space towards the end. This part of the process is called  Compaction. 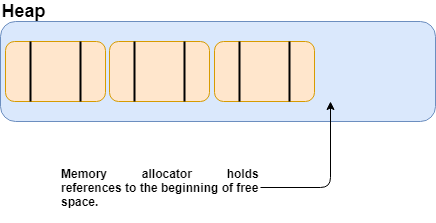 Garbage Collector - What, Why and How?

Each generation holds object of different age ranges. The age of each object in Young gets incremented each time the space is swept over by a garbage collector. Objects that reach a predefined threshold in terms of its age are moved to the old generation.

Prior to Java 8 it had a third generation called the 'permanent generation'. The JVM uses an internal representation for Java classes and their metadata such as 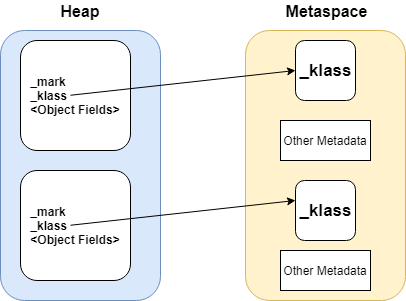 Classes and their metadata are stored in this new space. Unlike Perm generation it's not contiguous within the Java heap. Most important aspect of Metaspace, it is allocated out of native memory and since it is allocated out of native memory the maximum space available to it is the whole of system memory. We can still control it by using the JVM option MaxMetaspaceSize so as not to allow classes in a single JVM process to accidentally use up the entire system memory If UseCompressedOops is turned on and UseCompressedClassesPointers is used, then class metadata is stored in logically 2 different areas of native memory. The size of the region can be set with CompressedClassSpaceSize and by default it is 1 GB.

They are generally executed using a mechanism called copying collection. Also known as minor collections or stopped keyword collection which means that application threads are paused during collection process.

Lets try to understand how objects are moved to Old Generation through GCs. The process of execution is as below

So we gathered basic understanding of JVM memory, its categorization, types of GCs and how GC works w.r.t JVM heap. In subsequent article we will try understanding different tools that can be used for collecting diagnostic data and approaches to dissect memory issues within an application - So stay tuned !